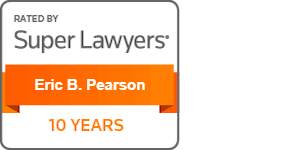 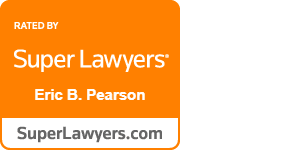 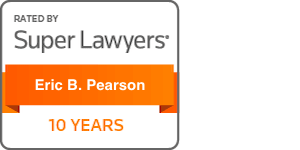 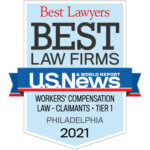 US News and World Report highlighted Pearson Koutcher as a “Best Law Firm in workers’ compensation Law” for 5 consecutive years. The firm also is designated AV Preeminent— a testament to Eric’s and Jon’s professional excellence. Both attorneys are Certified Workers Compensation Specialists, passing the test the first year it was offered.

Eric’s peers have recognized him (every year since 2011) as a Pennsylvania Super Lawyer—an honor awarded to only five percent of attorneys in Pennsylvania. A frequent speaker at Pennsylvania and New Jersey union meetings, Eric has taught continuing education courses specifically for lawyers. He is past co-chair of the Workers’ Compensation Section of the Philadelphia Bar Association. In 2017, Eric received a City of Philadelphia City Council Citation, Who’s Who in Injury and Injured Workers Advocacy List.

Jon says that Eric is savvy, street-smart, a great negotiator, tenacious, exceptionally confident, focused, and someone you want on your side.

Eric grew up in Cherry Hill, NJ and attended Cherry Hill East High School. He graduated from the University of Delaware in 1990 with a Bachelor of Arts in Business Administration and he earned his law degree in 1994 from Widener University School of Law. He is admitted to practice in the Commonwealth of Pennsylvania.

Eric, his wife, and their two children, live in suburban Philadelphia. A fan of all Philadelphia sports teams (particularly the Flyers), Eric has spent his off-time both in the rink and on the field. He has served as a coach for the Haverford Hawks Ice Hockey Club, and as a Commissioner and a coach of Lower Merion Little League.